Play: It's Not Just for Younger Kids

This week, as the class time was beginning, a couple of kids came into the room and started to play. A second-grade friend came by and walked to one of the tables. She saw the barley we had out to scoop and pour. Immediately she ran her hands through the barley. 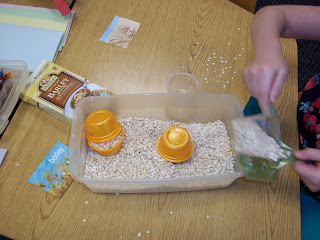 She began to scoop the barley and pour it into cups. She parceled it out...put other cups on top of barley-filled containers...poured out the barley and began again. She kept at it for several minutes, until it was time for her to go to her own class. 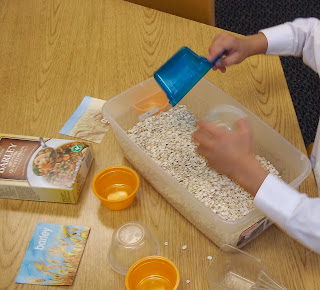 As my kids began to fill the room, they found the barley and began to work, too. Sometimes one worked alone. Sometimes two or three would work together. 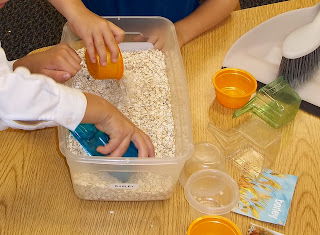 They would try different ways of pouring. They would fill scoops and cups. They would pour the cups into each other. They would sweep the table and pour the wayward pieces back into the container. (Usually at my suggestion.) 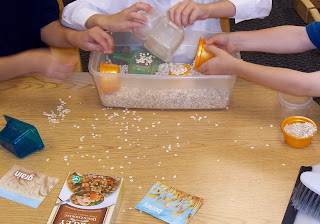 As I watched my younger kids play, I thought about my (slightly) older friend. She seemed as engaged and interested as the kids in my class. 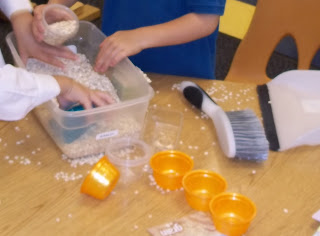 Sure, she tried a few things they didn't. But the hands-on, experience seems to engage her as much as the kindergartners. 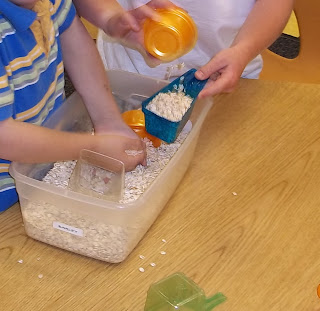 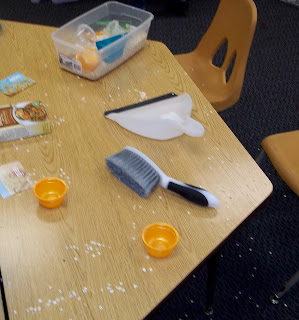 In light of the dreaming I've been doing, seeing her play really has me thinking.