Have you ever said, "I'll never do that again?" Well I have. More than once. The most recent time was after our first day of Art Camp last summer. I said, "I will never do string painting again." 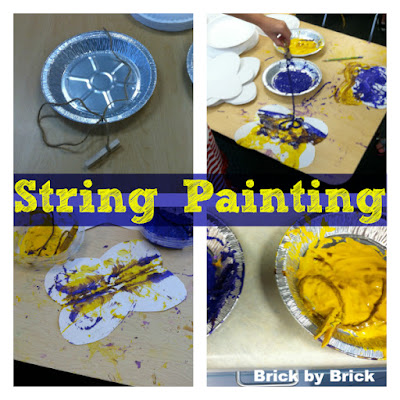 String painting - tie string or yarn around the end of a clothespin. (You can use anything for a handle. Or just use the yarn. But we've found that having something to hold is a good idea.) Fold a piece of paper in half and open it back up. Drag the string/yarn through paint, place the drenched string on one side of the fold, fold the paper over on top of the string, pull the string out, open the paper and look at the symmetrical design. 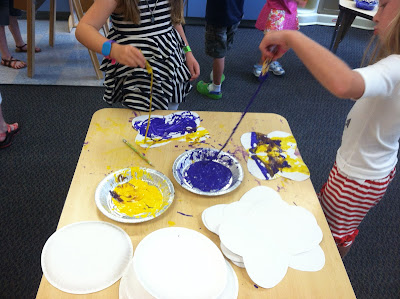 The kids loved this activity. I did not. Now, I've done string painting before. Several times before. The last time our kids made a pull with each color and were done. But not this group.

They went back to add color several times. Enjoyable process and fun result. So what was the problem? 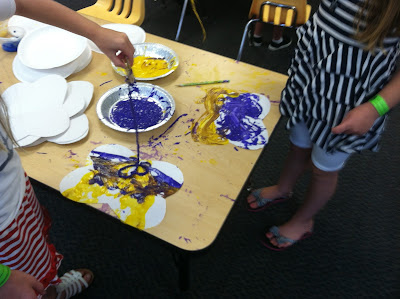 Well, first I cut the yarn too long. The first girl to pull out the painted yarn pulled and pulled and pulled. When it came out, it swung back and made a wide purple swipe on the bare leg of another child doing another activity. I quickly trimmed down the yarn to a short size.

I had 10 (or more) kids moving around the room, doing 5 different painting activities at the same time. It was stressful (for me) to make sure everything was stocked and monitored and labeled with names. I had some great teenagers helping me, but I was still stressed. 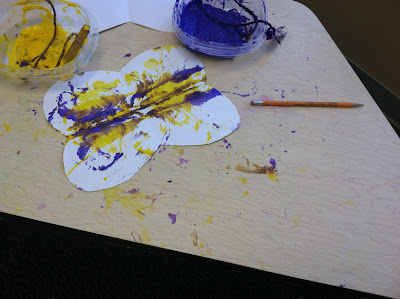 And this activity is messy. I don't deny it. So cleanup was a little more than I planned, too.

At the end of the day, I said, "I'll never do string painting again." 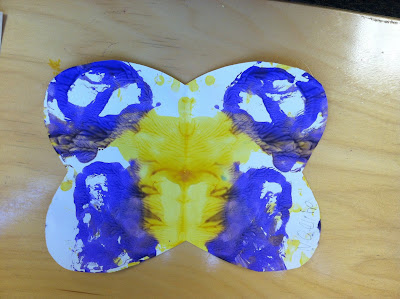 But several kids did not have the opportunity to try it. So what happened? We had string painting out again the next day (even though it wasn't painting day). After all, I'm planning for what they need not what I need. 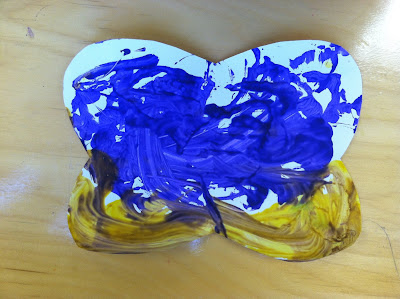 Maybe that's the best way. Get right back into that activity so the pain isn't too long. The second day was better. I placed the activity in a quieter corner with short yarn. It was still messy. And stressful (for me). But better.

But it's fine if we don't string paint again for a while. 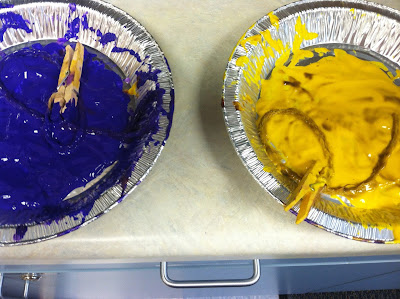