Spelling on the Light Box

I put out the homemade light box and floral marbles again this week. My idea was to print a word on the light box and children could outline the letters (or create designs if they chose). I used a dry erase marker...but as a friend tested it, the marker immediately began to smear. I tried using a washable marker but it just beaded up and wiped off. So I just erased the word and left out the marbles to create designs. 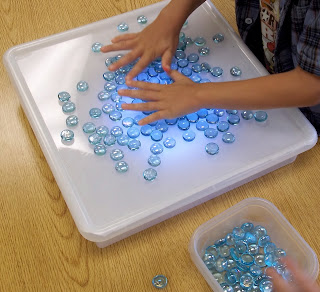 Then, a couple of girls went to the table and did this. 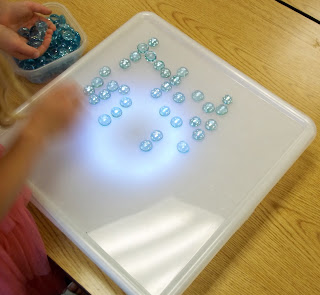 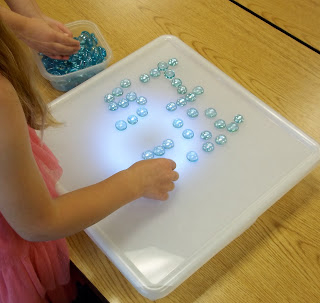 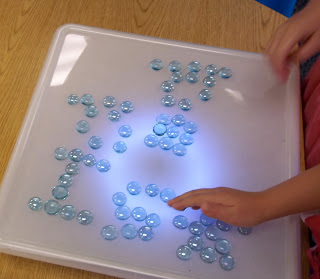 They spelled one girl's name, without marker, without lines, without prompting.

The activity developed on its own, without any leadership from me. (I love it when that happens.)

Some boys came to the table and began laying out all the marbles flat. 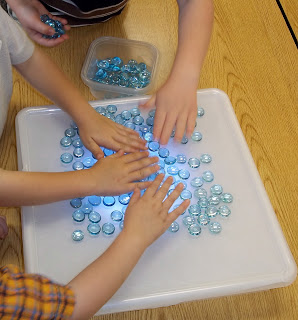 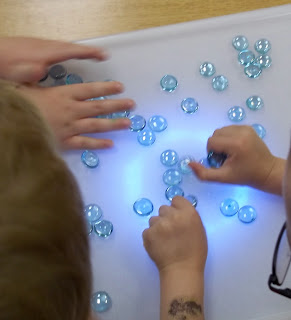 Then one of them had an idea. He put all the marbles in the small container...placed his hand over the top...and quickly inverted it onto the light box. BAM! All the marbles were inside the inverted container.

His friends wanted to try, too. One kept wanting to do it, but hesitated. A smile spread across his face. 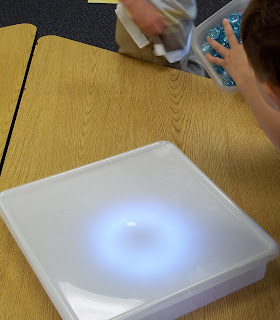 Finally, he did it. But forgot to remove his hand, so part of the marbles poured out around his arm. He still smiled at the feat.

Another boy wanted to try. He held the marbles ready...waited a second...and flipped and slammed it down. 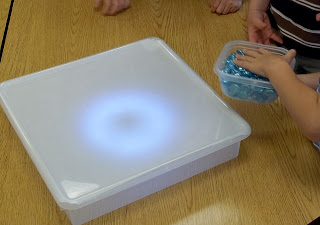 To our amazement, one marble escaped but all the rest were under the container. The boys laughed and talked all at the same time. 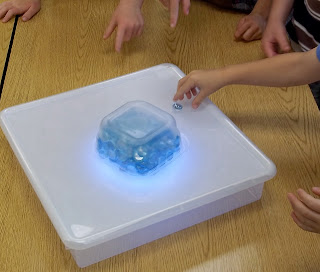 All of this great fun. I'm so glad the marker idea didn't work. Sometimes the "failed" ideas are the best ones.
Posted by Scott at 8:15 PM