This week the boys worked together on a project with really cool results. They built a zoo of truly epic proportions. I put out blocks, animals, and a ZOO sign. The rest they planned and did on their own. 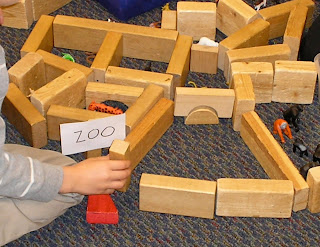 I loved watching them work together, practicing some give and take. They listened to each other's ideas and worked to improve the project as it went along. 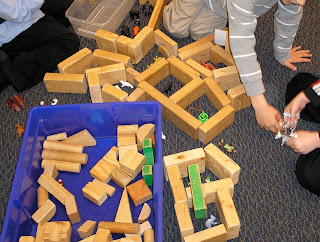 At first, each specific animal (or sometimes animal category) had an individual pen. And someone had to sort and classify those animals. 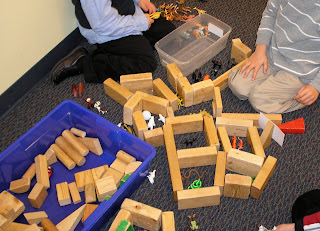 However, as time went on, they needed to expand and their building materials were low. 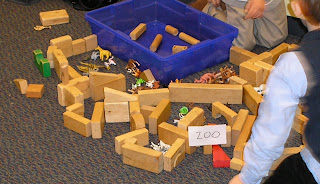 Eventually, they had used all the blocks and created an open plan so the animals could "visit each other." 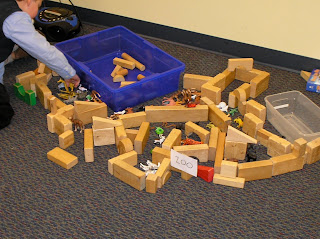 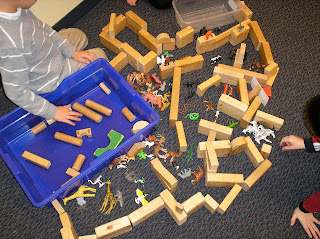 My favorite part of the entire process was watching the project adapt and grow. Each boy (no girls were a part of this particular undertaking) contributed and the result was probably greater than any one of them could have accomplished alone.
A group of kids working together to accomplish a goal - what teacher could ask for more than that?
Photos by R. Scott Wiley
Posted by Scott at 8:28 PM